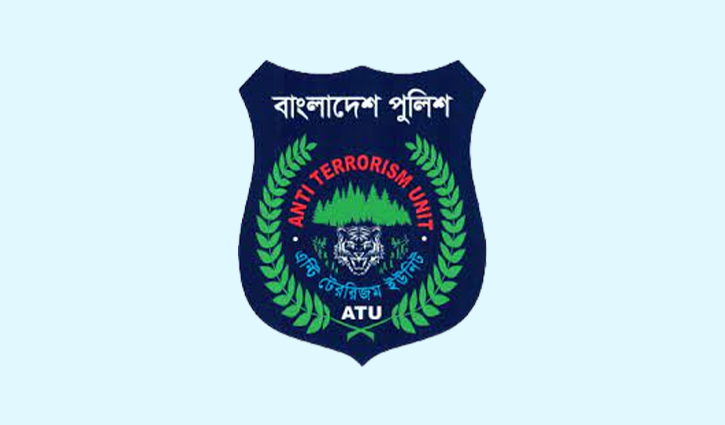 Hasina Government undertook another failed attempt to stop the dawah of Hizb ut Tahrir in resuming Islamic Way of life through the re-establishment of Khilafah Rashidah (Rightly-Guided Caliphate) by terrorizing and oppressing its members through her notorious terror squad “Anti-Terrorism Unit (ATU)”. The Anti-Terrorism Unit (ATU) of the Bangladesh Police in a press release issued to the media on Wednesday termed some brave sons of the Ummah who were the speakers of the online conferences organized by Hizb ut Tahrir as terrorists and militants and sought the public’s assistance to nab them. Hizb ut Tahrir / Wilayah Bangladesh strongly condemns this despicable, defeated, and desperate act of the government. Hizb ut Tahrir is well-known as a non-violent intellectual political party and is already well-established in the society and is embraced by all classes of people. Hizb ut Tahrir invites people to its political actions and intellectual struggle to restore the Khilafah State because it is an obligation on all the Muslims and not on Hizb ut Tahrir alone. Hizb ut Tahrir has been working to create mass awareness and public opinion in favor of the Khilafah (Caliphate) by undertaking intellectual and political activities like mass engagement in public spaces with leafleting and posturing as well as organizing online conferences. Hizb ut Tahrir also reminds the sincere officers in the military regarding their shariah obligation to give the nussrah (material support) to re-establish Khilafah like how the great Sahaba Sa’d bin Muaz (ra), head of the Ansar tribe, granted nussrah in establishing the first Islamic state in Medina. To liberate the Muslim Ummah from the colonial clutches, Hizb ut Tahrir has been exposing the conspiracies of US-Britain and their regional allies in our politics and economy. With courage and sincerity, it has been exposing the sinister plans of these colonial countries and the collaboration of their agents regarding the sovereignty of the Ummah and its military. The various online conferences organized by Hizb ut Tahrir were well received by people from different walks of life and were being widely participated in by the people. Previously through the online conference organized in 2015 titled “The Imminent Khilafah – Inevitable Change in Politics and Economy of Bangladesh”, the speakers gave important directions to the nation on how the upcoming Khilafah State will bring changes in the politics and economy of the country. Then in 2019, speakers at an online economic conference titled “Economic Vision of the Khilafah State” exposed the Hasina government’s deceitful ‘development’ policies and outlined the key policies and actions of the Khilafah State. In 2020, the draft constitution of the Khilafah State was presented to the public through an online conference titled “The Khilafah State’s Draft Constitution” with the objective that Hizb ut Tahrir had prepared the Khilafah State’s draft constitution comprising 191 articles based on the Qur’an and the Sunnah, with which the party was fully prepared to manage the affairs of the imminent second Khilafah Rashidah (rightly guided Caliphate). Besides, in March 2022, the speakers at the online conference titled “Are we really Independent?” exposed the blatant interference of the colonial powers especially the US-UK, in all aspects of the country’s politics and economy, and shed light on the way to achieve true freedom and liberation from neo-colonial shackles. O people, were these conferences acts of militancy for what ATU delivered a press release labeling conference speakers as militant and seeking public assistance to nab them?  This evil terrorizing unit of the Hasina government did not even spare two of our brothers from slandering who merely recited the Quran in the conferences.

Ignoring the current regime’s tyranny and bloodlust, the members of Hizb ut Tahrir who were the speakers in these online conferences are undoubtedly the sincere and brave sons of the Ummah. For their bravery, these speakers are constantly being harassed by the ruling class and endured endless sufferings including loss of livelihood. Despite this, these brave souls are strongly performing the duty of taking care of the affairs of the Ummah. It is these courageous who are playing the role of real statesmen, working to free the people from the chain of the colonialists and restore the Islamic way of life by re-establishing the promised Khilafah. Because they consider politics (siyasah) as sacred worship and a Shariah duty. Allah Subhanahu Wa Ta’ala says, “You are the best nations ever raised for mankind; you enjoin the good & forbid the evil [Surah Al Imran:110]. On the other hand, the agent rulers of this country are applying all the nasty policies of the Kafir colonialists to prevent the revival of Islam by declaring Islam as terrorism or militancy and labeling the systematic and intellectual activities of the establishment of Khilafah as extremism and militancy. Having failed to stop Hizb ut Tahrir  through constant repression, arrests, and imprisonment, the Hasina government is now utterly desperate to halt the movements of Hizb ut Tahrir by seeking so-called support from the people to hand over the party’s speakers of the online conferences to the police.

O Muslims, those of who are working in police and law enforcement agencies, let not the tyrant rulers exploit you to materialize their corrupt political schemas. We call upon you to disobey these transgressors who have abandoned the rules of Allah (swt) and submitted to the will of Kafir colonial powers. Prophet (saw) said: “There is no obedience in matters involving Allah’s disobedience. Obedience is obligatory only in what is good” (Al- Bukhari). O Brothers! The members of the Hizb ut Tahrir have consciously chosen this path of struggle and sacrifice in pursuit of Allah (swt)’s pleasure and they do take refuge in Him (swt) from those who try to harm them. Beware of the wrath of Allah, O Brothers! Allah Al-Muntaqim Al-Jabbar says in the definite Revelation: “Indeed, those who have tortured the believing men and believing women and then have not repented will have the punishment of Hell, and they will have the punishment of the Burning Fire (Sura Al Burooj: 10)”. Refrain from arresting, torturing, or even harassing the leaders and activists who propagate Islam and the ruling system of Allah – the Khilafah. These traitorous rulers are agents of their Western masters who are at war with Islam in the name of the “war on terror” i.e., the “war on Islam” to uproot the intellectual and political struggle going on in Bangladesh by Hizb ut Tahrir. People have already rejected these oppressive western agents who utterly failed to ensure justice, security, and prosperity. The sincere sons and daughters of this noble Ummah wholeheartedly support and eagerly wait for the re-establishment of Khilafah. We warn you that, if you come in between to delay the implementation of Hukum of Allah (swt), you will surely earn the curse of the oppressed people in this world, and Allah (swt) will certainly account you for your actions. And that day your rulers will not come to rescue you as they will disavow you. You will burn in the fire of regret before you are thrown on your face into the fire of Jahannam. Allah Subhanahu Wa Ta’ala says:

“When He will inflict punishment, those very leaders and guides whom they followed in the world will disown them. But punishment they shall get and all their bonds shall be cut off. The misled followers will cry, “If only we could have a second chance, we would disown them as they disowned us.” And so Allah will make them remorseful of their misdeeds. And they will never be able to leave the Fire”