Q & A :The Wave of Skyrocketing Prices in Jordan 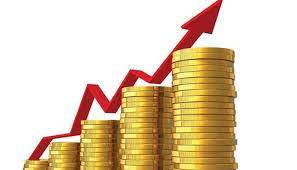 The Wave of Skyrocketing Prices in Jordan

A wave of high prices is sweeping Jordan, affecting basic food commodities such as poultry, oils and red meat, as well as other commodities. Is this living crisis temporary or does it have causes pressing on the economic system in Jordan as a result of its regional and international relations? And how true is the rumor that Coronavirus disease and the Russian-Ukrainian war are the reason for the high prices?

A review of the economic situation in Jordan reveals the following:

First: The common cause of the rising prices in Jordan can be summed up in the state’s lack of care for its citizens. While the Dead Sea dries up due to the exploitation by the Jewish entity of the waters of the Jordan River and the Dead Sea, on whose shores resides Jewish industrial, health and mineral facilities, Jordan, on the other hand, builds small and insignificant facilities. Jordan refrains from effective exploration for oil and gas in the region of the Dead Sea, which some sources have estimated that its energy sources represent a huge and first-rate wealth. At a time when the state treasury is incurring great losses in importing gas from the Jewish entity to operate electricity power stations, in addition to other gas uses, Jordan, from another angle, does not pay attention to importing gas from the rich Gulf countries, and from a more important angle, it does not establish nuclear plants to produce electricity and exploit the huge quantities of uranium in the underground of Jordanian territory. Despite some “buzz” about studies in this field, yet the Jordanian regime, if it is honest and sincere, is able to become the leading supplier of electricity in the entire region due to the enormous nuclear energy stored in its lands.

Second: When people in Jordan began to rely partly on solar energy to pay part of their electricity bills in their homes and factories, the government opened its eyes on them and threatened to impose a tax on the sun and air (wind energy) to stop this trend and limit citizens’ benefit from this free energy. [Experts in the field of energy and economics condemned the government’s direction to impose a fee of two dinars on each kilo of the generating capacity of solar panels that citizens use at home, given that these panels do not cost the government anything, and are installed at the citizen’s expense. (Jo24 website, 3/3/2022)].

Third: One of the reasons for the current wave of high prices in Jordan is linking the Jordanian economy to the capitalist countries. The US dollar is the reserve of the Central Bank of Jordan that supports the dinar. The Jordanian dinar revolves with the dollar, up and down, and this means that the state’s inability to adopt the gold reserve made the Jordanian economy one of the international subordinates of the American economy. One of the manifestations of this dependence is that America, after the Coronavirus pandemic, started to raise the interest rate (usury) on loans after it touched zero, which prompted the Central Bank of Jordan to raise the interest rate as well: [The Central Bank of Jordan’s decision to raise interest rates on all its monetary policy tools increased by 50 basis points, as of last Sunday, in line with the US Federal Reserve’s decision, has raised concerns of individual bank debtors and economic sectors from the banks’ move to raise interest rates for credit facilities, including personal loans. (Al-Araby Al-Jadeed, 13/5/2022)], and thus the Central Bank of Jordan followed the US Federal Bank’s decision leaving a group of Jordanians surprised that the usurious interest had increased on their previous loans in commercial banks, and that their usurious installments that had to be paid had increased!

Fourth: In addition, the state has burdened the Jordanian people with loans. The state debt in Jordan has increased. [According to the latest data of the Central Bank of Jordan at the end of November of last year by 2.32 billion dinars to reach 35.35 billion dinars, forming a 110.3 percent of the GDP, compared to 33.03 billion dinars at the end of 2020, and 106.5 percent of the GDP for that period. (Al-Araby Al-Jadeed 16/4/2022)], meaning that the total debt is about 50 billion dollars…which are internal debts from Jordanian banks and foreign debts. Based on the information provided by the same previous source, Jordan pays more than 2.7 billion dollars annually in taxes collected by the state to service these debts (usury), and this is a large number and represents 37% of the value of the annual taxes collected by the state from Jordanian citizens. According to the Independent Arabi Newspaper, 12/1/2022: (Jordanians are complaining about a steady increase in the amount of taxes and fees imposed on them in recent years, as it has taken over most of their income. Jordanians describe their country as the most imposing of taxes in the region, the rate of for taxes on certain goods and services, like cars and fuel, more than 70 percent, while a quarter of Jordanians’ income goes to paying taxes). Thus, it is clear that the state in Jordan is working on stripping the Jordanian economy of the funds necessary for economic growth and paying them as interest for its external and internal loans, thus increasing the burden on economic institutions and increasing the fatigue of the Jordanian citizen who pays tax on every purchase, whether it is small or large, meaning that the fruits of taxes accumulated in the state goes to waste, especially to external lenders, without benefiting the people. The citizen in Jordan does not see welfare services that the state must provide after collecting taxes. Not only that, but the state is increasing misinformation, alleging that the Syrian refugees are among the reasons for the weakness of the economy, its lack of growth, and all this is to fool the people. If the state in Jordan wanted to take advantage of the Syrian refugees to support the economy, they would have been an important factor in economic growth, as did other countries such as Germany, for example, when it was keen to take them and benefit from them, but the state in Jordan confined most of them in closed camps like prisoners.

Fifth: One of the related reasons is that vital foundations for the livelihood of people in Jordan have been placed by the regime in the hands of Jews, as it imports water from them.

1- [A Jordanian official said that Israel “grants” Jordan 30 million cubic meters of water annually in accordance with the peace treaty signed between the two countries in 1994. (BBC, 9/7/2021)]. The level of the Jordan River is declining to the point of drought due to the Jordanian regime’s agreement that the Jews plunder the Jordan River from its upper springs, while the waters of the Jordanians are subject to the consent of the Jewish entity, which gives, prevents, increases and decreases. [An Israeli official was quoted as saying that the Jordanian-Israeli agreement will practically double the amount of water that Israel will supply to Jordan this year, from May 2021 to May 2022. Israel has already supplied Jordan with 50 million cubic meters so far, according to the Israeli official. (BBC, 9/7/2021)]. As for the water prices that Jordan “imports” from the Jewish entity, they are usually kept secret due to their ugliness and the apparent corruption in them. However, some news is leaking that these prices reach 40 US cents per cubic meter, in addition to exorbitant prices for pumping and refining, which reach 22 cents per cubic meter (Al-Jazeera Net, 6/6/2011). According to these prices, water has become one of the major obstacles to the economy after the government surrendered itself and its people to the Jewish entity to take the pure water of the Jordan River and give Jordan water of questionable purity.

2- Likewise, the Jordanian regime deliberately linked Jordan to gas from the Jewish entity after it was taking it from the Gulf countries, as if Jordan was waiting for the Jews to discover natural gas in the eastern Mediterranean, so it shredded its knots with the Gulf States and weaved them with the Jews, [the “Jordanian / Israeli agreement” on importing gas stipulates to supply Jordan with about 45 billion cubic meters of gas over a period of 15 years, starting from January 2020. This agreement comes amid political tension between Israel and Jordan and popular and parliamentary opposition to this agreement (The Independent Arabia, 1/1/2020)]. Yet it was held despite tension and opposition!

Sixth: With these matters above, the real reasons for the deterioration of the Jordanian economy become clear, in which the unemployment rate has reached 42% (The Independent Arabia, 1/3/2019), and that statements about economic reform are empty of actions, especially since government corruption increases the waste and depletion of money! This continuous economic deterioration in Jordan is the same as the economic policy that the kaffir countries, America and Britain, order Jordan to follow, and what the International Monetary Fund demands from Jordan. This policy is continuous, if these countries fear that people will revolt against the regime, they will throw some aid to them, among these aids are some donations provided by the IMF to ease the burden of debt service, that is, to pay the interest on usurious loans that the state borrowed in Jordan. Another type of such assistance is that Britain has gathered more than 60 countries and 450 financial institutions at an international conference held in London to support the economy. The Jordanian government, with most of its ministers, participated in it. (The Independent Arabia, 1/3/2019). But all this aid is directed to preventing the Ummah’s revolution to regain its rights.

Seventh: Thus, the reasons behind the current wave of high prices that are afflicting the Jordanian people are clear. These are the main and real reasons behind this wave of high prices. As for the other reasons for the global wave of high prices that are mentioned in the media around the world due the Coronavirus pandemic, as well as the reasons related to the Russian war in Ukraine, although they have an economic impact… However, these can be eliminated or mitigated if the causes of the economic imbalance described above are properly addressed in accordance to the Shariah rules. Otherwise, the country will become more miserable and the prices will be high, and Allah (swt) is Truthful: ﴿وَمَنْ أَعْرَضَ عَنْ ذِكْرِي فَإِنَّ لَهُ مَعِيشَةً ضَنْكاً﴾ “And whoever turns away from My remembrance – indeed, he will have a depressed life” [Ta-Ha: 124].

This will continue until the Ummah resolves its affair, holds its heart on its creed, clings to the rope of Allah, entrusts its leadership to the sincere and aware of its sons, and removes the policy of the major countries by dropping their agents, and establishes its Khilafah Rashidah (rightly-guided Caliphate) on the method of the Prophethood so that the earth is filled with justice and prosperity, and then its life turns into glory after humiliation, prosperity after poverty, and empowerment after submission and dependence.

“Indeed in that is a reminder for whoever has a heart or who listens while he is present [in mind]” [Qaf: 37]

Q & A : Sweden and Finland Joining of NATO

The Ambitions of the Colonialists in Tanzania

The Russian Invasion of Ukraine, Its Dimensions and Repercussions